Today we are off to one of Hamburg’s different  attractions called ‘ Miniatur Wonderland, ‘ started by twin brothers about 10 years ago and is now the largest miniature railway, with scenery and everything else you can think of in the entire world.  The latest addition was Hamburg Flughafen ( airport ) with every detail in miniature including planes from all airline companies landing and taking off, it is truly an amazing place for young and old alike.  We were picked up by Sandra and Christian at 9:30am and after a bit of a drama when I locked our flat keys inside and had to contact Chris the owner in Berlin, who luckily had a spare set hidden in the basement otherwise it may have meant a trip to Berlin to get new keys ….. we were on our way.  Met up with the remaining Bork family and in we went to experience this place which I found whilst exploring what to do and see in Hamburg many months ago ……… It was an amazing place run by very sophisticated software controlled by many computers with about 26 people on deck every day they are open.  The entire inner city of Hamburg is reproduced as well as many outlying areas, also Switzerland, Austria, USA is shown as well and Italy is underway.  Each 15 minutes the entire 2 floor levels change from daylight to nightime and there is thousands of lights everywhere.  If you want you can search amongst the incredibly detailed areas and find various scenes and minute details, we found a few of them.

After a few hours spent inside here we went out and it was raining a bit, so Christian took the three kids back home and the remaining five of us went on a boat trip for an hour around Hamburg harbour, that was also fascinating as Hamburg is one of the busiest commercial harbours in Europe..  We then found a quaint little cafe and endulged in waffles with ice cream and fruit as well as coffee, this is the afternoon tradition over here called  ‘ kaffee und kuchen ‘ .    We got back home as usual pretty late after another fantastic and tiring day.

All the photos below are in miniature. 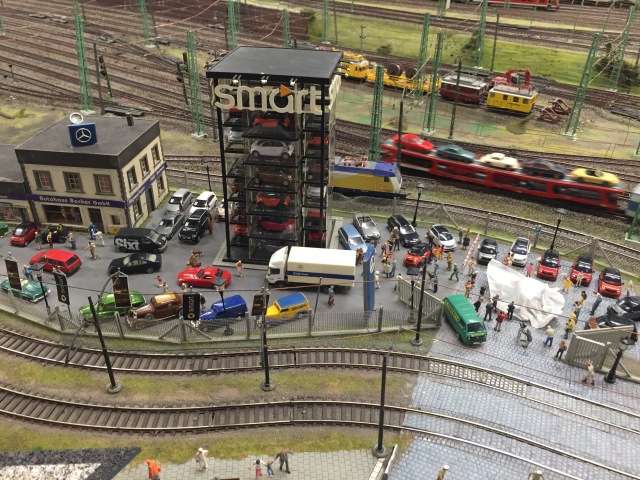 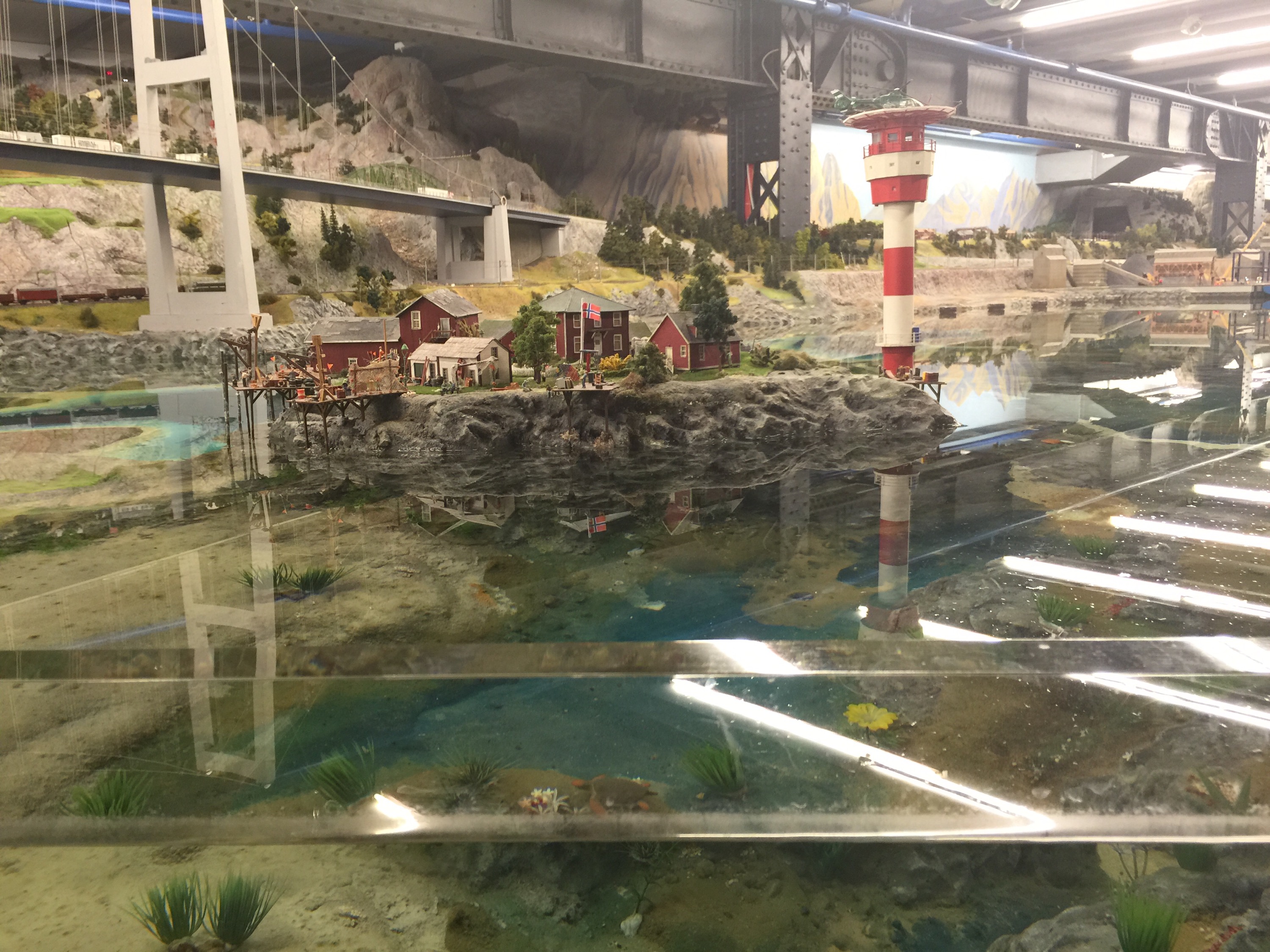