Tuesday morning  we drove our rental car back into Bergen after saying goodbye to a truly fantastic waterfront location, really enjoyed it, thanks Tommy & Therese.  Bergen’s historic train station is under major renovation so it is just a mass of scaffold right now, we waited about 1/2 hour and boarded the train to Oslo.  We had rear facing seats which was a bit of a bummer but fortunately for us a German couple, Renate and Eckart, from a town called Lemgo, about 80 klms south of Hanover, who had been on a cruise up to the far north of Norway sat apposite us and before  long we were chatting away in German and English, Rita seems to be able to pick up with the German really easily, they were very impressed. Anyway it made for a pretty quick 7 hour train trip.

We went through many tunnels and also as we were at 1,222 mtrs above sea level we encountered total snowed out conditions, some of the ski fields were still going but most areas seemed closed, even though houses were up to the roof with snow.


We arrived in Oslo at 19:15pm and followed our instructions as to which tram to catch to our Oslo apartment, it was pretty easy, found it and half hour later were inside.  Our host Ingunn arrived 10 minutes later and showed us the ropes, she was a very easy going lady, very organised, efficient and helpful.  We went down to the local Rema 1000 supermarket, purchased a few things and settled in ………… Apartment pics here >>>>>> 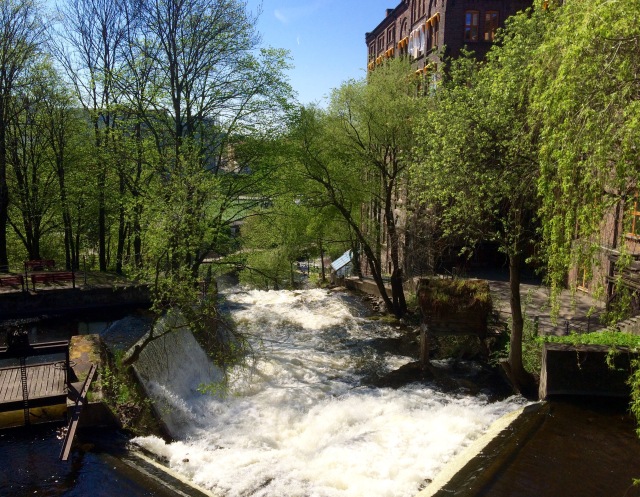 Next day our cycling trip into Oslo sentrum ….. Ingunn left us her push bike & the codes to hire another from ‘ Oslo Byckelle City Hire ‘ a great way in most of these cities to make locals ride not drive on their daily commutes.   You put your code into the sharing post or if you have the app just swipe your phone and it tells you high number bike to take, your have it for 3 hours then must put it back in any rack around the city & if you want grab a new one, and so on.  They are available all year when there is no snow, obviously for safety reasons, This is a fantastic idea and do not know why Sydney does not have it… As a Oslo citizen you only pay approx.  A$50.00 for your pass per year ………

NEXT DAY WE RODE TO THE FASINATING SCULPURAL PARK CALLED ‘FROGNER PARKEN ‘ >>>>>>>> This is an amazing park built between 1920 & 1943 …. The central column took 14 years to sculpt ……..     Oslo.kommune.no
This park is one of the most fascinating parks we have seen, constructed over many years from 1920 onwards, a magnificent place showing amazing  statues as works of art ………..

We then rode around to the harbour for a picnic lunch and to visit the Akershus Fortress …. Also amazing …. 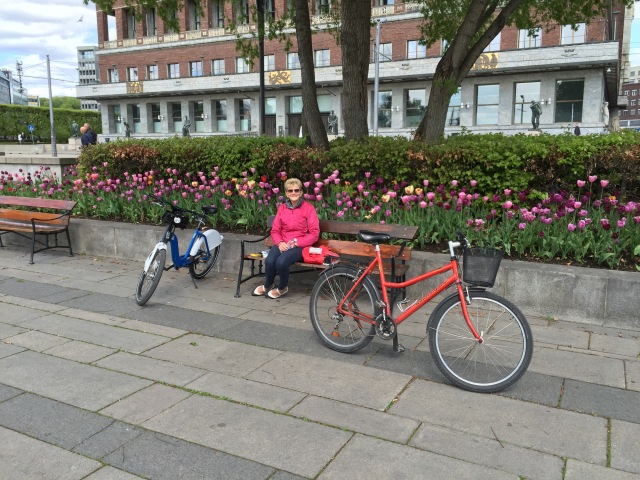 So that was our last day in Oslo, tomorrow it’s train to Stockholm, Oslo has been a fascinating city to explore both on foot and by bike, we had a great time ………