This morning rose early to leave our apartment on Lilla Essingen and catch the bus into the Central Railway for our 9:15am train to Malmö (Sweden) then over the border bridge into Denmark and find our next place of abode in Copehnagen until next Sunday when we board the Serenade of the Seas for our 7 day trip to Estonia, Finland and Russia.
We arrived in time and had 1st class seats for this journey, but unfortunately once again we experienced track repairs half way along and our train had to do a diversion, going backwards then forwards a couple of times to change tracks, hence we were told our arrival in Malmö would be 1 1/2 hrs late, our 7 hour journey became over 8 hours.  It was a pleasant train trip through the Swedish countryside, we stopped quite a few times but finally arrived in Malmö where we were told we would experience strict border crossing control and passport checking.   Well we did not see any of this, walked from one platform to the next, boarded a new train to cross over into Denmark, no problems and as the train we were on was going through Copenhagen main station to Norreport where we wanted to go to we stayed on, got to Norreport & purchased a metro ticket to get as a little further to our final destination Christianhavn.

We got here without much fuss and our new host Josephine met us and we walked down beside the canals to her apartment.  We  instantly knew we were in a top spot for seeing this city of Copenhagen, by the canals ….. Josephine was in a hurry,  as she and her boyfriend were off to Paris for a few days while we were in their place, she showed us around and was off.  We did a quick settle in and as is usual now when we are staying in a place for 4 days we went and did some grocery shopping, Rita really enjoys this, checking out all the new European products available.

The area we are staying in here in Christianhavn >>>>>>>> 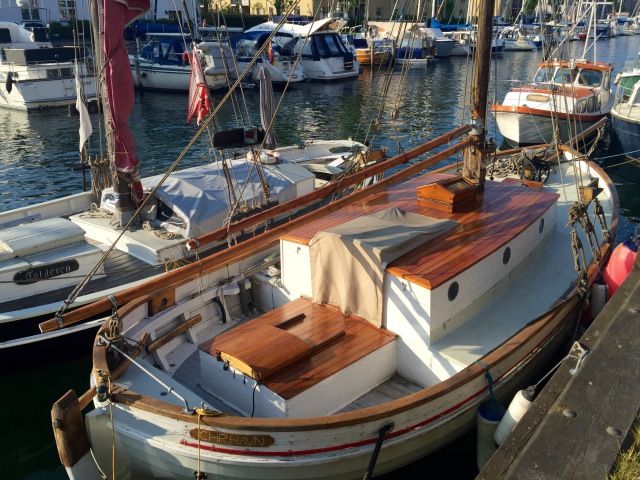 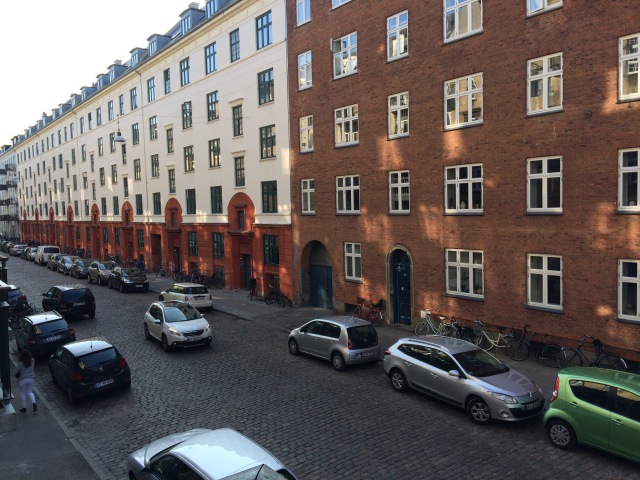 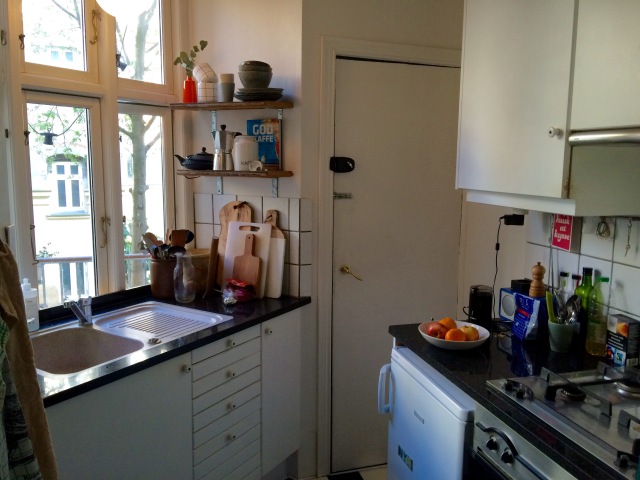 We are in a truly fantastic spot this time, so close to everything, cafes, restaurants, the canals, bakeries and also as we were to discover the great Copenhagen city rental bikes, which are pretty well all over the city.   This is a great system, you just register your CC, make up a username & pin, put it into the onboard mini computer screen, it clicks open and you have an electric, easy to ride pedal assist bike to explore on, using the very safe city cycle ways ….. The screen, being an onboard computer navigates to wherever you want either by you picking a tourist route or putting in an address yourself, it also tells you where the next bike station is and navigates you to that spot, telling you before hand how many bikes are available close by you.   As with Oslo you ride for 3 hours then swap to a new bike, this keeps the batteries charged all the time … Why do we not have this in Australia ……????

﻿
The next morning we grabbed two bikes and headed off to check the city out, discovering by chance the pretty amazing Christiana Freetown complex  of 34 hectares, housing 850 people, a complex of buildings etc ….. This region was settled in 1972 by homeless people who basically took over an unused army barracks area and it has evolved from there … To see it is eye popping !!    Google. Freetown Christiana Copenhagen ……. 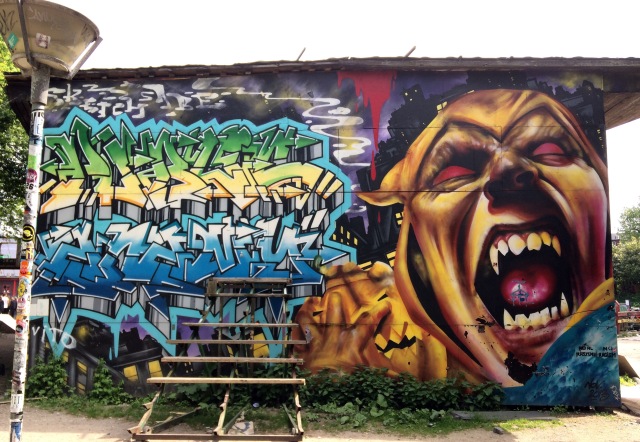 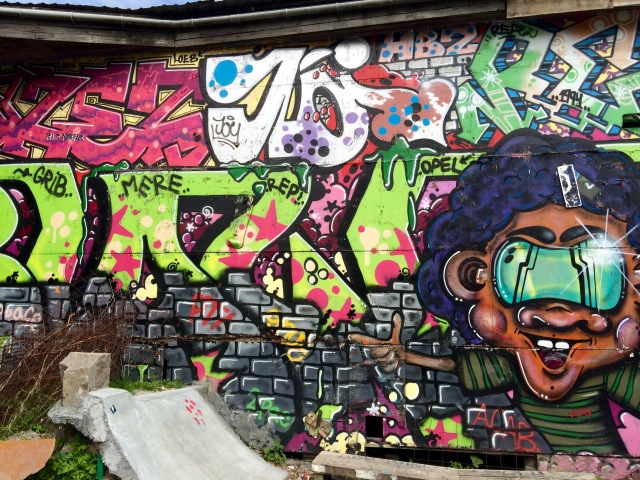 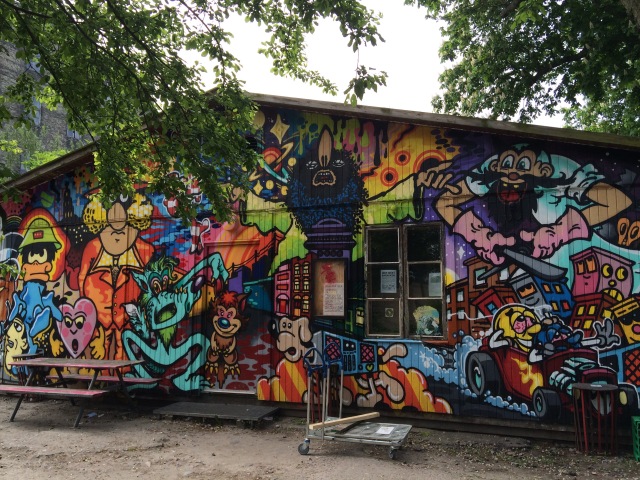 We then rode  first riding down the side of the river we were living on as it was a bit quieter and less traffic, and also to get the feel of these pedal assist bikes.   We were about 3 klms down the winding cycle way when suddenly Rita glanced sideways and spotted the building where Rene Redzepi the owner of the 2 Michelin star restaurant NOMA is moving to early in 2017.  Well we could not believe what we saw, the building has more graffiti than we have ever seen before, it is also derelict and rundown, lived in by homeless people and has so much work to be done to it, the mind boggles.  The reason for this choirs though is that land like this is scarce so close to the city and he wants to grow all his own produce 12 months of the year, which will not be easy in a city that gets snowed over during winter ….. We spent an hour checking this spot out before heading back past the huge new Copenhagen  Opera building then onward over the canal bridges to find the current NOMA restaurant.  We found it & sat outside on a bench eating & enjoying our packed picnic lunch.  Whilst sitting outside I phoned NOMA to see about a reservation for lunch but it was booked out for the week we are here ….. Some times of the year you must book 3 months in advance and pay immediately for a seat to experience the 20 course degustation menu meal…. ( Cost $ 3300 Danish Krona ) approx A$680.00……….. Is it worth it ????????    From here we continued riding all over the city enjoying it all, even though the locals are getting fed up with the amount of construction that is happening everywhere…….. This seems the case all over Europe ………. Days photos here ……….
4 photos of the new NOMA site below … ??? 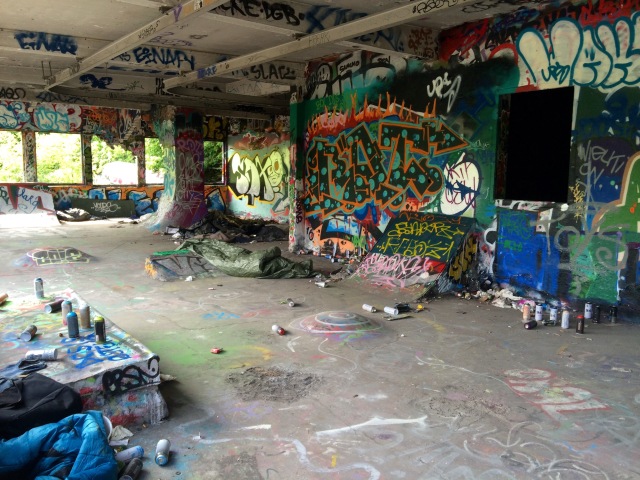 And this is the  existing NOMA, great spot by the harbour but unfortunately a new bridge is going over the harbour next to it ……..

The rest of the day we enjoyed cycling around  this fantastic, different t city, soaking up all it has to offer …..